On: Jun 09Author: Tom SpaldingCategories: In the News 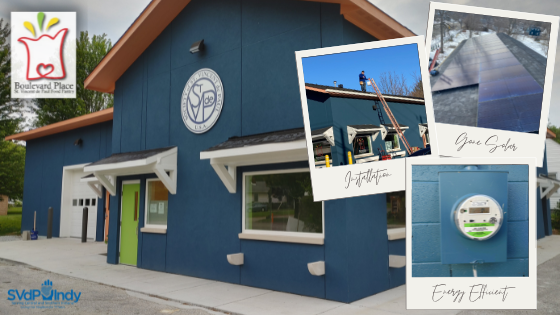 We all have enjoyed the bright sunny days of spring, but our Heavenly Father’s gift of creation is giving us more than enjoyment—it’s helping to supply our electric needs and protect Mother Earth. While our recent renovation to Boulevard Place Food Pantry, a special work of the society of St. Vincent de Paul, immediately addressed our food storage capacity, we also had the dollars available to install solar panels on multiple parts of our rooftop, so we could look to the future and better ourselves from an economic and environmental standpoint.

Like most organizations (including nonprofits), Boulevard Place Food Pantry pays a utility bill. Ours powers our lights, air conditioning, freezer and various refrigeration units as well as other important systems like security. We thought, why not ease some of the burden?

“At present, Boulevard Place Food Pantry contributes to the creation of greenhouse gasses and climate change,” says Pantry Energy Coordinator Andy Pike, who worked alongside another Pantry board contributor, Terry White, to oversee the various steps needed for installation. “Climate change disproportionately hurts disadvantaged people—this is a way for us to address it.”

In 2019, 43% of the power generated by AES Indiana was through coal and 45% was through natural gas. The opportunity to take advantage of favorable technology regarding solar as well as net metering made this too good to pass up for the pantry board, which had OK’d the solar in 2021.

(Net metering allows you to be fully credited for the electricity that your panels contribute to the grid. This means you’ll only be charged for the difference between the amount of electricity you use vs. the electricity produced. Oftentimes, this can create a zero or negative electric bill, depending on your particular energy consumption and production. Source: ADT)

Phil Teague from Rectify (the company that provided our solar panels and systems) coordinated installation of the panels on rooftops in February. A bidirectional meter was installed March 1, and the solar was turned on March 9. We have two meters represented on one AES bill. 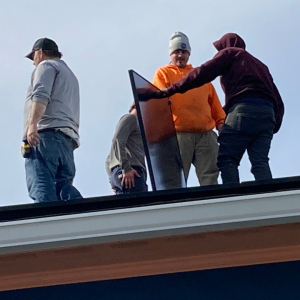 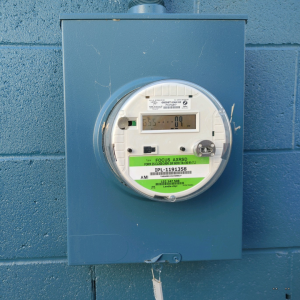 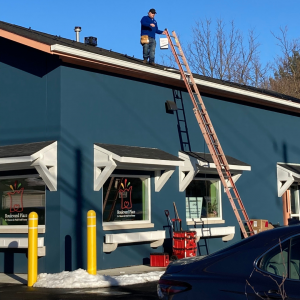 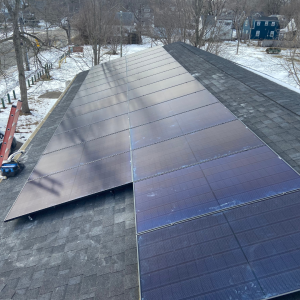 Since installation to the end of April, we generated 4,994 kWH (kilowatt hours), producing 95% of our energy needs. We will generate more power in the summer and less in the winter; it will take an entire year before we fully understand how much power is generated and when it is generated.

Pike estimated that the return on our $80,000 investment in the solar panels is 8%. In addition, we are promoting a healthy environment.

Making food affordable for those that are food insecure is consistent with the mission of the Society of St. Vincent de Paul, according to Pike, quoting the Laudato Si: “Hear both the cry of the earth and the cry of the poor.”