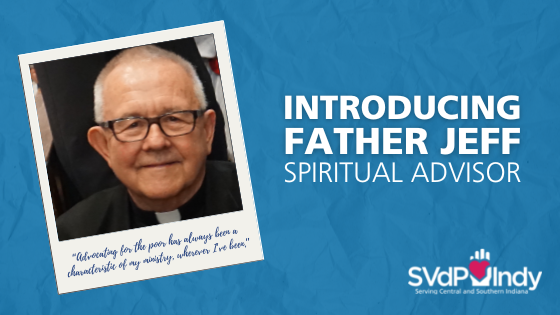 As Deacon Tom moves on to new adventures, SVdP Indy welcomes another friendly face. Father Jeffrey Godecker, or Father Jeff as he’s fondly called, is now serving as the Spiritual Advisor to the SVdP Indianapolis Council.

We hope you’ll have the opportunity to meet him. Keep reading to learn more about his background, experience and role with SVdP.